Emily Woodard and her Remarkable Future 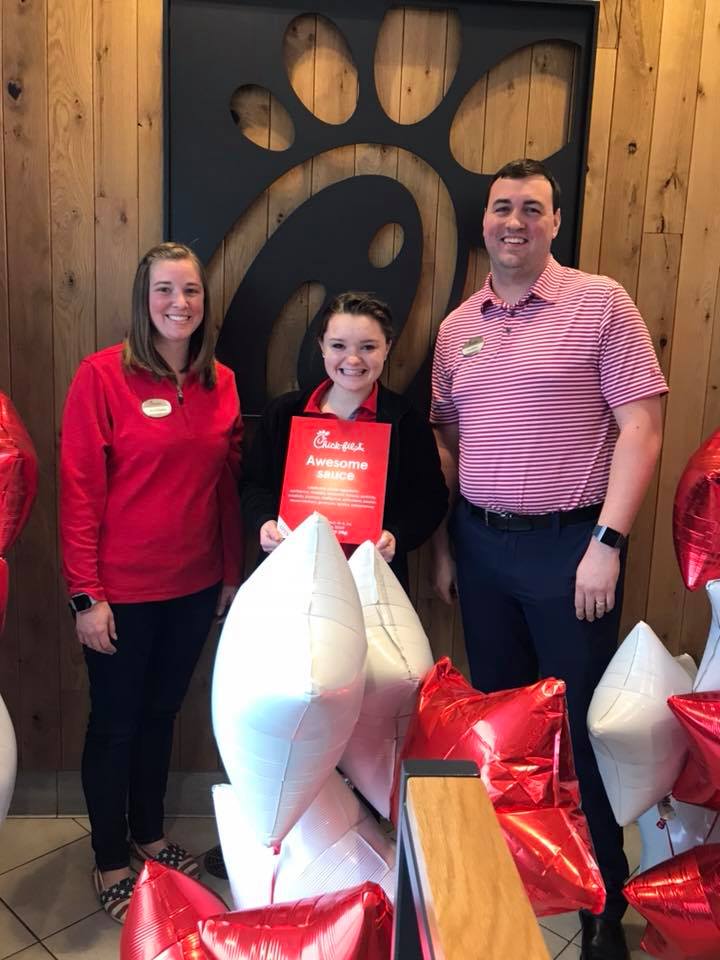 On March 9th, 2019, Emily Woodard was supposed to work her shift at Chick-fil-A and stay after for a brief meeting. She had a choir concert that day and needed to change her shift to a later one that day. She got a text from her boss soon afterwards asking why she needed to change her shift, and she explained the situation. He had, as calmly as possible, tried to work out a way that she could still come in for that meeting. She had no idea what it was about but she worked out a way to come in. Unbeknownst to her, Emily’s boss was planning a surprise for her and three of her coworkers. When all girls showed up, they sat anxiously awaiting the answer to the question as to why they were called there. As they sat, their boss started filming a video that he would later post to Facebook showing the behind the scenes of his plan. He, with balloons in hand, described to the viewers that he was planning on revealing to his workers that they had all won a $2,500 scholarship. He walked out into the main lobby, filled with customers, and announced to the girls that they had been awarded the scholarships! The whole restaurant was applauding and cheering and the girls were handed something called “Awesome Sauce”. These girls were three out of five applicants from this store and a few of the 70% per year who apply for and are awarded this award.

To receive this award, both the applicants’ grades as well as community service are taken into consideration. This is also a renewable scholarship and is intended to create what they coined as “Remarkable Futures.” Chick-fil-A just cares about education and will offer this scholarship to any school and have even partnered with colleges to give discounts to Team Members. This is an incredible corporation that believes in the future of its employees.

Emily Woodard is planning on attending Owens Community College in their Business Transfer Concentration program and will finish her business degree at a four-year university. If you see Emily around, make sure to congratulate her on her accomplishment!