Doc Castor - In Their Words

“When he talked, no one else did.”

“He was 99% above any other coach at the time in every aspect.”

“It was an honor to play for the guy...you just wanted to do it.”

Throughout the little town of Arlington, there is one word that everyone knows and that is prominent above the rest…Castor. Whether it pops into your head as Castor Field, Mr. Castor, Coach Castor, “Doc,” Harold, or Dad, this name affects everyone in some way. The Legacy of Doc Castor and his name will forever ring in the ears of all Arlington community members.

Harold H. “Doc” Castor was born on February 18, 1906. He had a wife, Beatrice Burlette Fahl Castor, and two sons, Larry and David. In high school, he played quarterback for the Arlington football team, and was captain during the 1921 and 1922 seasons. He graduated from Arlington in 1923, where he then continued his football career at the University of Findlay. He graduated with a Bachelor of Arts degree from Findlay and Bachelor of Science degree from Kent State. He also did graduate work at the University of Michigan. Castor was then lucky enough to play professional football for the Canton Bulldogs, where he was converted into a half-back. He taught and coached at Greentown near Canton after graduation. In 1933, he returned to his alma mater, Arlington, as a teacher and a coach. He was absent during the 1942, 1943, and 1944 seasons due to serving in World War II. He then returned to Arlington again as a coach and teacher in 1945. He retired as a coach in 1961 and as a teacher after the 1965-1966 school year.

Castor spent 26 years as a coach and 31 years as a teacher. During his career he had a 170-34-13 record, 13 Hancock County League Championships, and 10 undefeated seasons. The football field was dedicated to Castor and named “Castor Field” in his honor in 1978. Later in life, he was inducted into the Hancock County Sports Hall of Fame and the Ohio High School Football Hall of Fame.

Castor passed away on November 1, 1995. Although the town of Arlington was devastated, they knew his legacy would forever live on.

A special thank you to everyone who took the time to be interviewed and provided information. 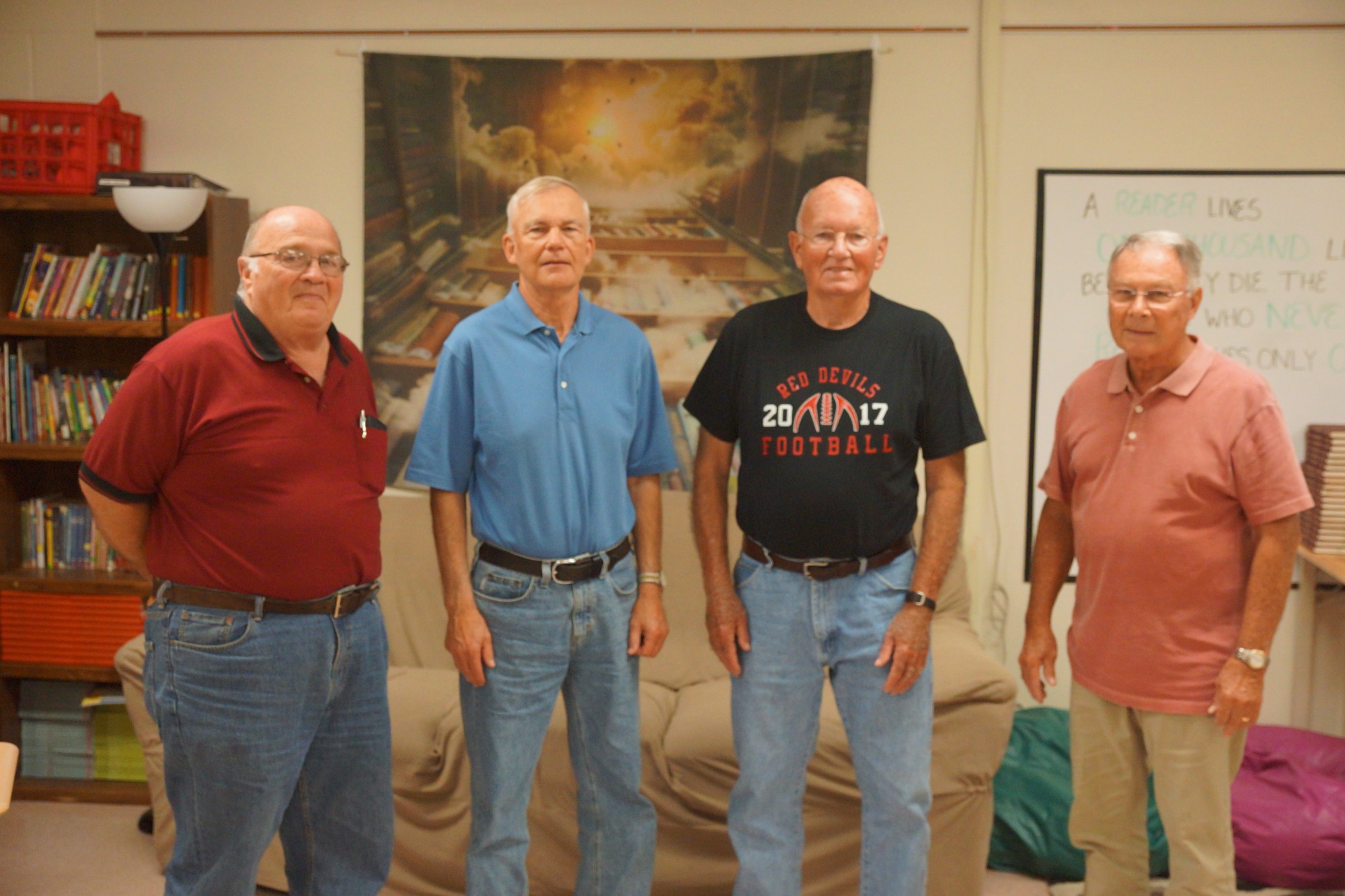 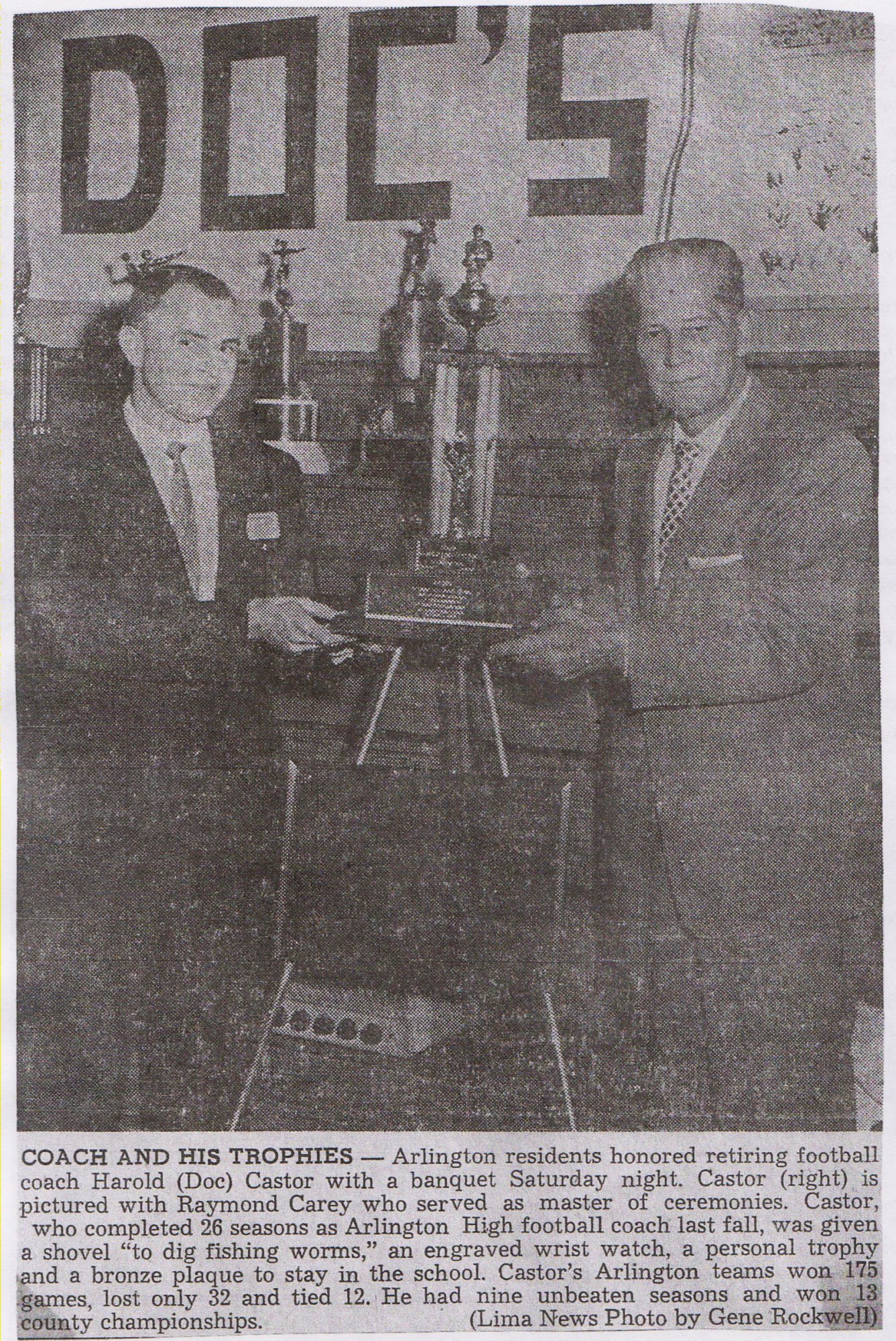 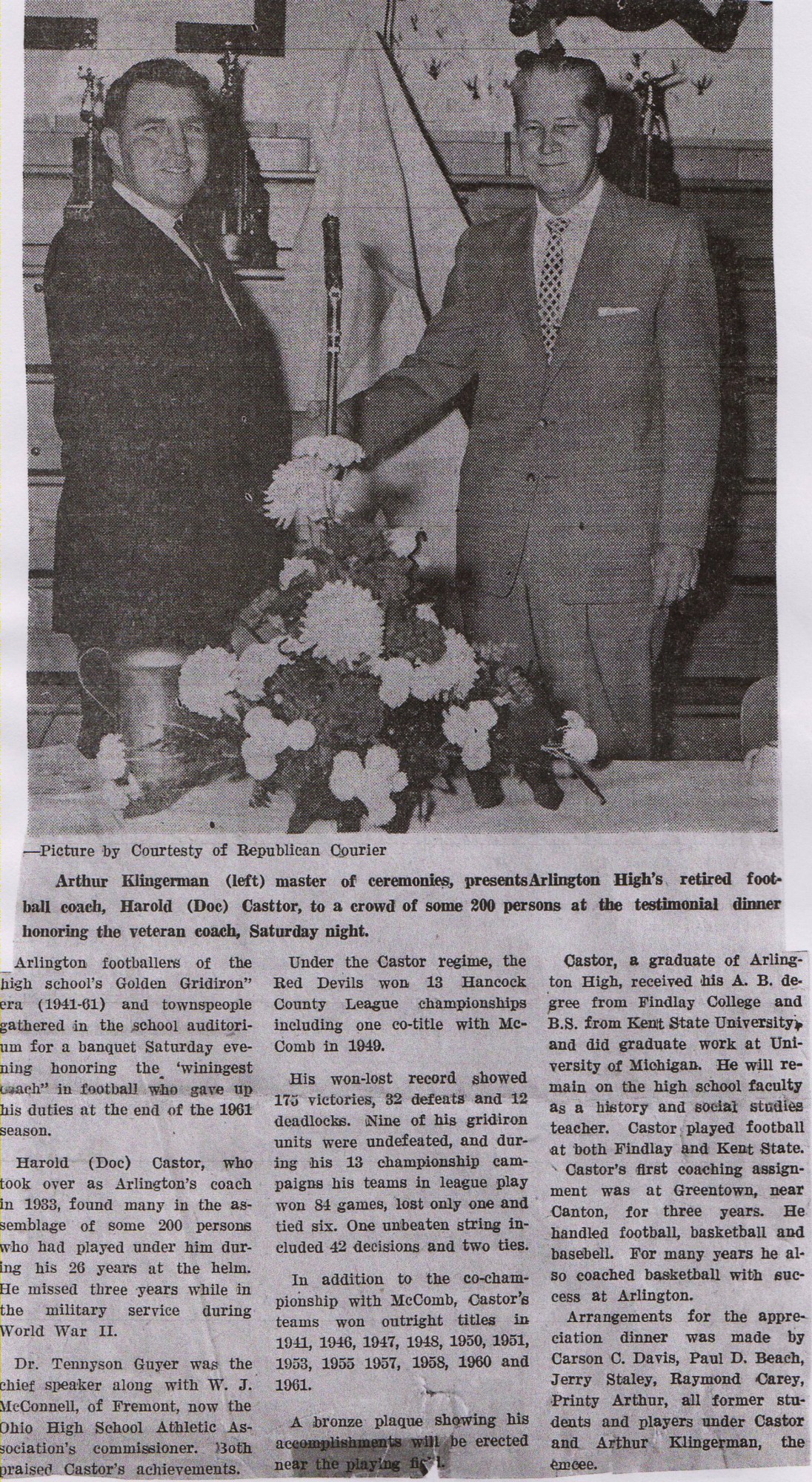 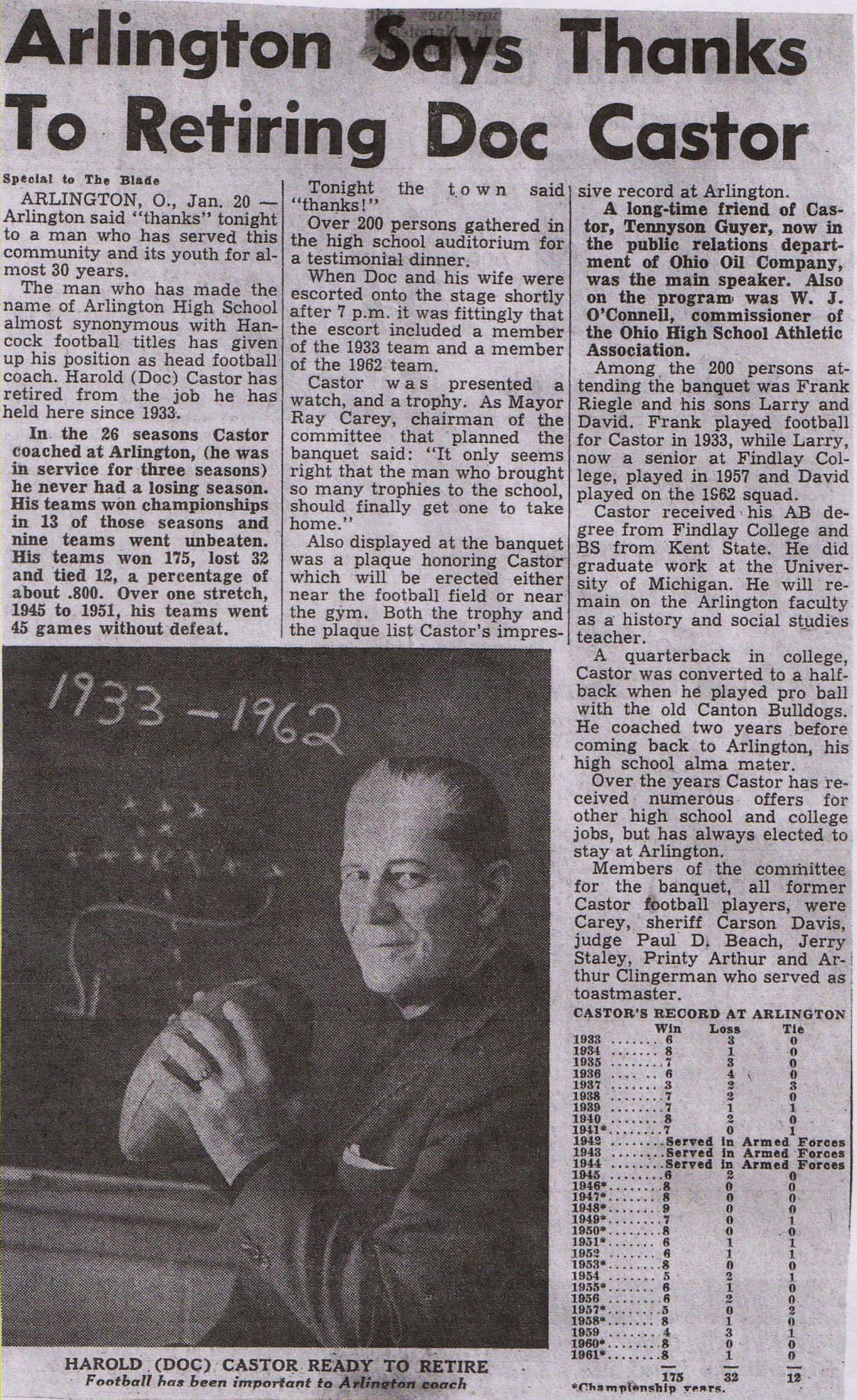